Skip to content
I’m sitting here, on my bed, on her bed, a strange bed, it is still my first week in England.
I have just taken a shower and I’m doing my daily pocrastinatory day-dream before I put cream on.

I’m thinking.
Thinking of my childhood, its many contradictions, my discomfort then and coming to terms with it now.
In my peripheral vision, out of focus- a tub of coconut oil.
I think of the long tiresome lines I used to stand in with my grandma, to collect her pension grant.
I think of that drive from the township to school in Ntate James’ minivan, as we got further and further away from the township, the city would progressively look cleaner, the air much lighter, the lawns fresh, and the laughter of white privilege, with an occasional interjection of black political connections money.
I then think of the drive back, how the air almost always seemed to swell with the heat of poverty, how much dirtier, smellier and uglier, the city got as we drove closer to home.
My home.
In another flash there I am, lauded for my intelligence in an assembly at school, but  my face is burning and my hands sweating with the shame of my faded second hand blazer, among the sprihgtly shiny blazers of the other students.
That shame fills me even now, sitting on the bed, day-dreaming, with the coconut oil in my periphery.
The shame of never quite being enough.
See
at home, I was a self-righteous know it all, a coconut attending a model-c-school
at school, I was one of the few black pupils, one of the few almost not wealthy enough.
the principal constantly reminded us of our outsider status, pointing out our blackness, pointing out that we were loud, not performing academically, and that too many of us were sitting on the front lawns of the school. We were there as part of the cohort, but hypervisibility alienated us.
They call us coconuts. 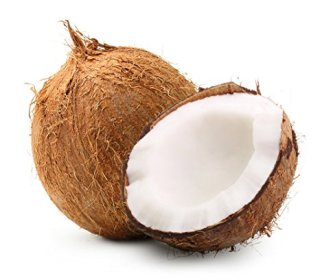 “Coconut”
Brown on the outside, white on the inside.
Coconut. It is a gross oversimplification.
Yes, my condition allowed me to flit in and out of black and white spaces.
But  the twang in my English, the white “friends”, my Harry Potter fandom- that’s all superficial.
That is not the totality of whiteness.
My skin.
That is not the totality of blackness.
Whiteness in its totality, was that drive to and from the township, that instilled in me the belief in the inherent superiority of whiteness.
oh how I grew to hate black on that journey.
dirt to me was black
poverty was black
sewage was black
ugliness was black
death was black
ugly was black
I
was
-am
BLACK
dirty,rotten,stinking,poor,deadblack.
The totality of whiteness was the growing belief in my sub-humanity as a black person, my hatred of self and my innate, visceral understanding of the social death of blackness, that made me aspire to assimilate to whiteness.
That is blackness.
That is Coconut-ness.
But never do you feel white on the inside.
If anything you grow to intimately understand the social death of blackness.
At the time, I was not able to name it, it is hard for many of us to.
At least at 17, that began to unravel when I heard for the first time Malcolm X’s question:
“Who taught you to hate yourself?”
And as I sit on the edge of the bed, with the coconut oil melting away in my peripheral vision, I think:
“So here you are,
too foreign for home,
too foreign for here,
never enough for both.”
Ijeoma Umebinyuo
The exteriorisation and subalternisation of the black population in South Africa through Apartheid legislation and its continued lived experiences today are such that while we can now flit between here and there, white and black, we are never enough. Just too coconut. Coconut enough to realise that the social death and direct violence on black bodies is intolerable.
It is thus almost poetic, that so many coconuts are railing against the Rainbow Nation (See Panashe Chigumadzi, 2015 Ruth First Memorial Lecture). That are arguing that it must fall.
I find it poetic still that the natural revolution that has also characterised this generation, is so besotted with coconut. So many of our new natural hair recipes include, coconut oil. We now put it in our hair, on our skin, in our food. I counted at least five cosmetics of mine that had the words coconut on them.
Coconut
that symbol of house servitude,
is now the symbol of minds unshackling.

iThere are no comments

Begin typing your search above and press return to search. Press Esc to cancel.